Harrow Central Mosque & Masood Islamic Centre is a registered UK charity and a non profit institution, primarily functioning as a Mosque where Muslims worship and a community centre where all are welcome. 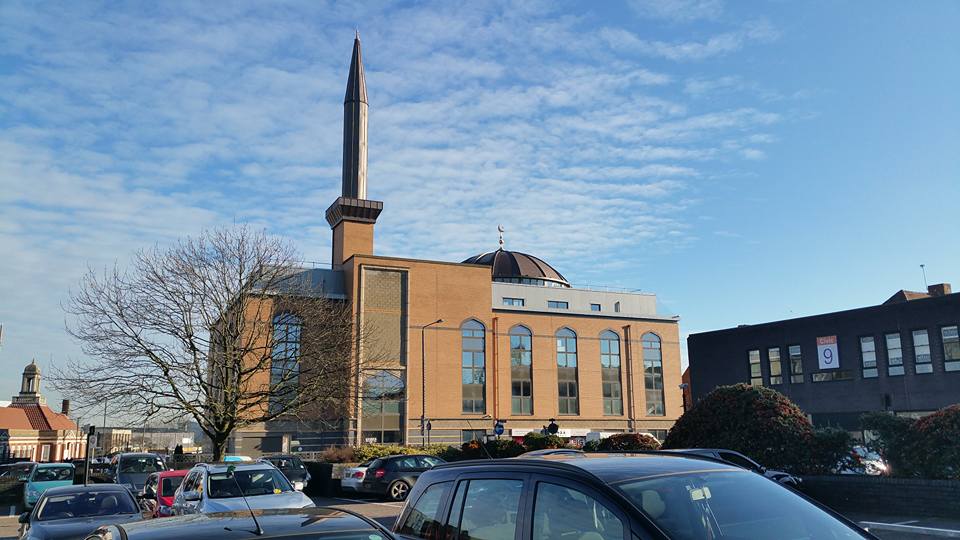 The mosque was established in 1980 and from 1985 occupied a converted house on Station Road, Harrow. It later expanded to occupy the house next door but in this form it was still far too small to service Harrow’s Muslim community. As a result a new mosque has been built adjacent to the old mosque and was occupied in December 2011. The vision for the new building project is to provide a purpose-built mosque that will serve the needs of Muslims within Harrow and further afield.

7 years on, Alhamdulillah, HCM is not just as a place of worship. It is an educational centre and community focal point for Muslims and non-Muslims alike.

The mosque itself has 5 floors. All floors are accessible by stairs and by lift for the disabled and elderly, there are two seperate lifts in the Mosque. One intended for Men and one intended for Women which leads directly into the Womens prayer hall.

The basement of the Mosque features a small car park for the imam’s and employees of the Masjid. Unfortunately it is too small to open for public use. Click here to see where you can park nearby to HCM.

Since 2017 Harrow Central Mosque has successfully started FREE Funeral Services, the Mortuary is located on the basement and has the facility to store 3 bodies at anytime. There is also a quiet room in the basement for the use of the loved ones of the deceased.

Harrow Central Mosque has a small kitchen where food is prepared and served during events at the Mosque.

Harrow Central Mosque has a majestic function hall on the ground floor which can be booked for functions such as wedding’s and other events. Read more about Hall Hire at HCM. The function hall is also used during large congregations such as Jummah, Eid and Taraweeh prayers to accomodate more Male Worshippers. During Ramadan, the function hall is where more than 600 people from across the community, regardless of religion, are served Iftar (the fast breaking meal) every day of the month by the grace of Allah and the donations of our generous community.

The first floor features the main Masjid and mens prayer area, where the five complusory prayers occur in congregation. The main prayer hall also hosts many talks, lectures and events such as the monthly gathering of rememberence (Ghyarween Shareef & Mehfil-e-Zikr) which happens on the last Saturday of every month at HCM. The main prayer hall can accomodate up to 600 worshipers.

Alhamdulillah, in 2018 a supplementary Air Conditioning system was installed to ensure the comfort of worshippers, this money was given as a goodly loan (Qard-e-Hasana) to the Masjid, Click here to help Allahs house to pay this money back, May Allah reward you.

The first floor also has the mens Wudhu and Washroom facilities.

The second floor of the Masjid features the Ladies prayer hall and wudhu area. HCM is committed to provide women with excellent prayer facilities, services to meet the Islamic & educational needs of sisters of all ages, and a positive environment that improves the quality of life of the whole community and enhances cohesion. There is a TV facility in the ladies prayer hall so that worshippers can see the Imam during events and speeches.

During Jummah and other large congregations, the madrassa rooms are opened and used for prayer.

Harrow Central Mosque (‘HCM’) was established to advance the spiritual and social welfare of people through the religion of Islam. The teachings at HCM have always been in accordance with the Aqida (creed) and fiqh (jurisprudence) associated with the Ahl al Sunnat wal-Jama`at and this is to be always preserved by the Management of HCM.

HCM aims to arrange, teach, and deliver Islamic education, as stated, in accordance with the traditional teachings of the Ahl al-Sunnat wal-Jama`a; notably from amongst the four madhahib of Imam Abu Hanifa, Imam Shafi’i, Imam Malik and Imam Ahmed bin Hanbal (Allah’s mercy be upon them all). Whilst all four madhahib are to be given the utmost respect, the prayer and worship as lead in the Mosque is primarily in accordance with the Hanafi Madhab as has been HCM’s practice since its establishment.

HCM celebrates many religious festivals including:

and many more events.

At HCM, belief in the Khatum-e-Nabuwat (the finality of Prophethood of  the Prophet Muhammed ) has always been, is to be and will always be preserved under all circumstances. To espouse beliefs in contradiction to this, that is, the belief that a later prophet(s) followed after the Prophet Muhammad , would cause one to fall outside of the bounds of Islam. This is unanimously agreed upon by all reputed Ulema (scholars) of Islam.